On 19 May 2020, Damurhuda Upazila Loak Morcha Acting President Mst. Selina Akhter and General Secretary Md. Shahidul Islam and other members submitted the memorandum containing 6 points of demands to Damurhuda Upazila Nirbahi Officer Mr. S M Munim Lincon. The Upazila Nirbahi Officer listened to the demands of the memorandum. Besides, he listened to the complaints of the past from the members of the Loak Morcha and exchanged views to ensure an easier and more transparent process of procurement of paddy. He said we have completed all the processes with transparency until the lottery. Also, he said he will consider the demands and suggestions of the Loak Morcha so that all the winners of the lottery can reach paddy directly to the godown in the future. With these demands, he will sit down with those concerned and make sure that no farmer is harassed. On that occasion, Habibur Rahman Hobi, General Secretary of Damurhuda Press Club and Representative of Daily Kaler Kantho, Bakhtiyar Hossain Bakul, Representative of Daily Samakal and Head of Damurhuda Mathabhanga Bureau were present. Also, Anisur Rahman, WAVE Foundation Coordinator, Kamruzzaman Juddho, Deputy Coordinator, and Abdul Alim Sajal, Program Officer were present. 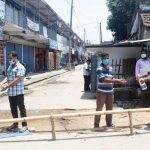 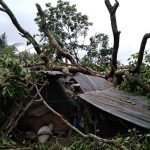 Youth Assembly (YA) explored to observe and alleviate the sufferings of people affected by cyclone Amphan: Youth Stood by the family of the day laborer losing the child and homeNews
We use cookies to ensure that we give you the best experience on our website. If you continue to use this site we will assume that you are happy with it.AcceptCookies policy