A powerful and devastating tropical Super Cyclonic storm Amphan struck in Eastern India, West Bengal to be specific, and Bangladesh in May 2020, which caused widespread damages.  In Bangladesh, this storm had harshly affected several south-western districts which brought endless suffering to the people. Among those Baidyanathpur village of Hasadaha union of Jibannagar Upazila in Chuadanga district is one of the badly affected regions where Youth Assembly explored to observe and alleviate the sufferings of people.

Although many have given hopes to him in this difficult time, so far no one has done anything significant in his rehabilitation. Still now he along with his family living in some other people’s house. He doesn’t have enough money to reconstruct the house. He also went to the local leaders and activists several times but to no assistance so far. 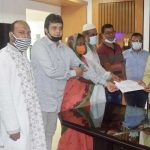 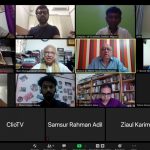 Online discussion meeting titled “Role of Local Government During the Period of Corona and Budget 2020-21”News
We use cookies to ensure that we give you the best experience on our website. If you continue to use this site we will assume that you are happy with it.AcceptCookies policy