Right to Food Bangladesh-RtF BD works towards ensuring right to food and nutritional security for all the people of the country and now around 916 organizations across Bangladesh are the members of the Platform and WAVE hosts its Secretariat.

On August 29 2018 a Special General Meeting of Dhaka Based Organizations and Networks has been held at Chhayanaut Bhaban, Dhaka to discuss the next course of actions of the Right to Food and Nutrition Campaign. Most of the invited Head of Organization/Network generously attended the meeting along with representatives in the meeting. The goal of the arranged meeting was to make the ‘Right to Food and Nutrition Campaign’ a success and to give the “Right to Food Movement” a momentum by combined effort.

The Coordinator of the Right to Food Bangladesh Secretariat Kaniz Fatima conducted and moderated the program. Aamanur Rahman inaugurated the program with giving a hearty welcome to all the members at the stage, participants and representatives of the network and also the guests. He mentioned the beginning of the network which has started its journey since 2015 with more than 800 organizations.

Later on the General Secretary of the Right to Food Bangladesh and the Executive Director of WAVE Foundation Mohsin Ali discussed overall about the background, programs, implementation guideline and the initiative of implementing in the Dhaka city. Afterwards a brief discussion followed by a query session was held for the participating organizations/networks and.

Team Member of Right to Food Bangladesh Secreteriat  Nazma Sultana Lily discussed about how to keep on campaigning online and through social media. 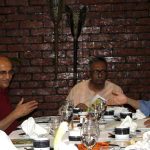 Sharing Meeting on `Experience on Right to Food Movement’News 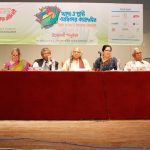 Inaugural of Right to Food & Nutrition CampaignNews
We use cookies to ensure that we give you the best experience on our website. If you continue to use this site we will assume that you are happy with it.AcceptCookies policy