In such a crucial time with the ongoing lockdown measure around the whole country amid the coronavirus epidemic, free Aus paddy seeds were distributed among selected farmers with the support of IDCOL under the WAVE’s solar irrigation project. The initiative has taken for the cultivation of various crops and food production throughout the year. On the last 6-7 May 2020 28 farmers under 18 irrigation projects in 16 villages of 5 upazilas (Chuadanga Sadar, Jibannagar, Maheshpur, Kotchandpur, and Kaliganj Upazilas) of Chuadanga and Jhenaidah districts were delivered with a total of 270 kg seeds (BRRI-Dhan 85 / BRRI-Dhan 48) for making exhibition plots by starting cultivating Aus paddy in their own villages and inspiring other farmers. The selected farmers will be provided 15 kg seed per acre or 5 kg seed per bigha for cultivating paddy besides the fertilizer worth BDT 4500 per acre. This initiative was highly appreciated by the community and deliberately contributed to bringing joys with inspiration among the farmers. 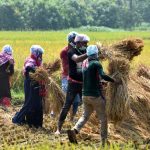 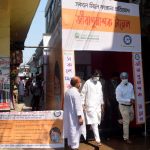 Inauguration of WAVE Installed Disinfectant Tunnel at Darsana BazarNews
We use cookies to ensure that we give you the best experience on our website. If you continue to use this site we will assume that you are happy with it.AcceptCookies policy